We propose strategies for defenders to regain the initiative and push security solutions far beyond the reach of current security tools – yet those strategies start mirroring the actions and technologies of the bad guys, and confront us with important technical, legal and moral dilemmas.

I occasionally re-read a paper I wrote with George Danezis in 2008. It is still true and in some sense, the way we fight cyber criminals has moved towards the approach we suggested then. One particular aspect as an "active defence" that was not really actively considered back then. A PDF is available here and here's a couple of sections as a teaser.

We believe that tactics used to combat malicious parties on the Internet are always a step behind and a strategy does not really exist. However, Jomini stated several centuries back that the key to warfare is strategy. Let us start with several notes from history. 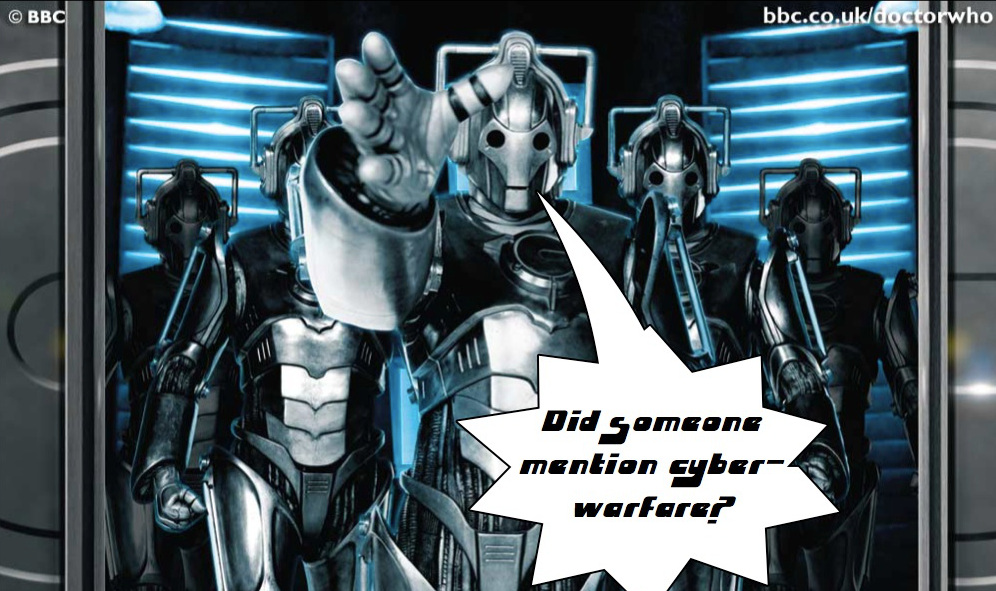 Yet the most neglected advice when it comes to Internet conflict, is the focus on offensive. Defenders make no attempt to ‘reverse the asymmetry’ and instead believe that security shall come by digging deeper trenches around the few secured hosts. This gives the adversary full strategic advantage to attack when, where and how she wishes.

The Power of Information

Many commanders have quickly realized the power of information and careful planning. Interestingly, there are more rules related to concealment of own actions and strengths.

Internet: There is warfare already taking place and so we can learn a bit about our enemy and study their behavior. We can design new tools and use them in the war but no-one is doing any plans. We are fighting isolated battles and losing the war.

The plans are very easy to read if anyone bothered to do that, as the threat posed by them is very small.

The most activities are offline and the enemy goes on-line only to manage the botnets and web sites, and sales agents. It is also possible to detect on-line malicious activities – the actual attacks. We can learn from the way the bot-nets are commanded and organised, but our tools must be equally stealthy so they cannot become easy targets in the wars of bot-nets.

You have better things to do, Let KEYCHEST look after your certs. KeyChest with its global database of web certificates can instantly create an initial "big picture" so you can start analyzing your exposure to cyber attacks and adjust it according to your risk appetite.